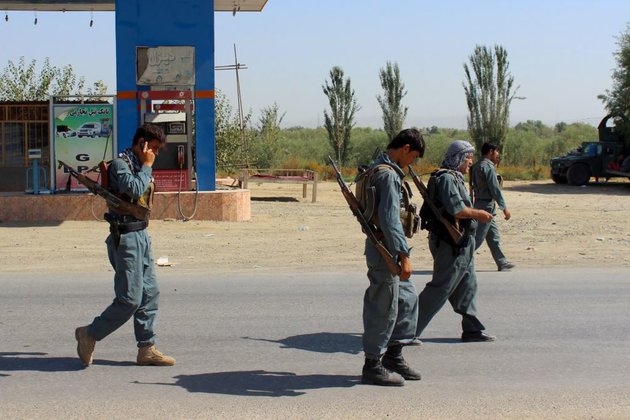 'At least 15 Police Killed' In Taliban Attack In Northern Afghanistan

At least 15 members of the Afghan security forces have been killed in a Taliban assault in the northern province of Kunduz, reports say, as the militants escalate their offensive ahead of this month's general elections.

A member of the provincial council, Amruddin Wali, said 15 members of the paramilitary border police were killed when Taliban fighters attacked a checkpoint in the Qala-e Zal district on October 11.

Another member of the provincial council, Sayed Assadullah Sadat, also put the death toll at 15, but added that 13 border police were also wounded.

The Taliban claimed responsibility for the attack.

Meanwhile, Afghan special forces, backed by air strikes, killed at least 21 Taliban, including senior commanders, in an operation in the central province of Wardak, according to Afghanistan's main intelligence agency.

The National Directorate of Security said in a statement that the militants had gathered to plan attacks aimed at disrupting the parliamentary elections set for October 20.

The Taliban has ramped up attacks on Afghan security forces and government facilities throughout the country in recent months, vowing to do everything in its power to block the vote, which the group called an 'American conspiracy to further justify the foreign occupation.'

The militants has said that they will target anyone who tries to help the election process to succeed, especially the Afghan security forces.

In an October 11 statement, the UN Assistance Mission in Afghanistan (UNAMA) said that, 'despite significant security challenges, progress has been made by the country's security forces in creating conditions for the majority of citizens to exercise their right to vote.'

'Afghanistan's security forces are fully responsible for providing security for the elections process,' said UNAMA head Tadamichi Yamamoto. 'Adequate security is required to give the opportunity to as many eligible voters as possible to exercise their constitutional rights.'

With reporting by Reuters and dpa