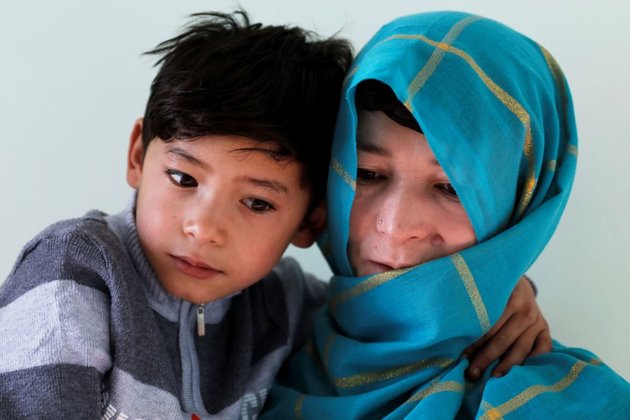 Family of Afghan Boy of 'Messi' Fame Lives in Fear

The family of a young Afghan boy photographed in a shirt improvised from a plastic bag of his Argentine soccer idol, Lionel Messi, has been forced to flee their home.

Murtaza Ahmadi, now 7, grabbed world headlines two years ago when his brother made him a shirt out of a blue-and-white plastic bag, with Messi's name and number 10 shirt number. He met his hero in December 2017.

His mother, Shafiqa Ahmedi, said the fame 'has created a big problem for us and for him,' in comments to the Associated Press Dec. 8.

'For the last two years we have not been able to send him to school. I wish none of this had ever happened,' she said.

Criminals, she said, tried to extort money from the family, assuming the brief bit of fame had made them rich. The Taliban also tried to track them down in their home district of Jorguri in the restive Ghazni Province.

In November 2017, when Taliban militants launched attacks in Jorguri, the family fled to relative safety in Bamiyan Province in central Afghanistan.

But the threats continued, forcing the family to again move, this time to the Afghan capital.

The family says the move to Kabul three weeks ago has been painful.

Murtaza is the youngest of five children, and the family is paying the equivalent of about $90 a month for a room.

Murtaza's uncle, Asif Ahmedi, said the family received at least 10 letters and several phone calls from a variety of criminal gangs threatening to kill Murtaza or kidnap him if they didn't give them money.

'Everyone thinks that because he became famous that we now have lots of money, but we are poor people,' he said.

Despite the hardships, Murtaza continues to dream.

'I want to become a footballer like Messi and I want to be able to go to school,' he says.

The Associated Press and Reuters contributed to this report.