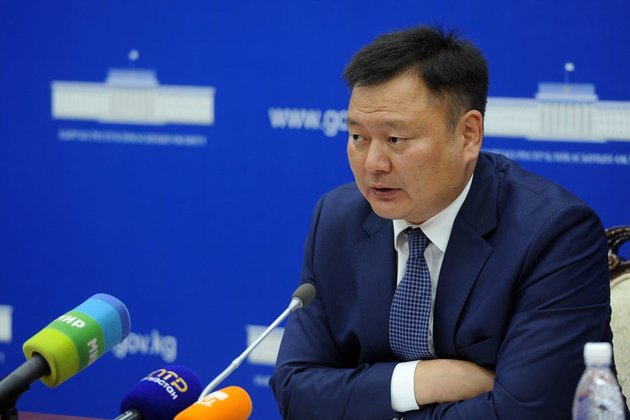 Duishenbek Zilaliev was charged with 'illegal enrichment' and placed in pretrial detention over the weekend, the State Committee for National Security (UKMK) said on December 10.

According to the UKMK, investigators found almost $900,000 in undeclared cash and property in Zilaliev's possession and the former official was unable to explain how he obtained them.

Zilaliev served as Kyrgyzstan's deputy prime minister for several months in 2017. He previously headed the State Committee for Industry, Energy, and Mineral Resources.

Also on December 10, officials of Kyrgyzstan's State Service for the Fight Against Economic Crimes told RFE/RL that a court in Azerbaijan ordered the extradition of former Kyrgyz Customs Service chief Adamkul Junusov.

Junusov was detained in Baku's Heydar Aliyev International Airport on December 5 at the request of Kyrgyz authorities.

Junusov's whereabouts had not been known since the summer.

He was added to Kyrgyzstan's wanted list in August after he was indicted in absentia and a court in Bishkek issued a warrant for his arrest.

Zilaliev and Junusov are the latest of several former Kyrgyz officials facing corruption charges in Bishkek after working during the 2011-17 term of former President Almazbek Atambaev.

Atambaev has criticized his successor, President Sooronbai Jeenbekov, since March for sacking or arresting a number of his close allies in what he called a "pseudo-anticorruption" campaign.

Two Atambaev allies who also served as prime ministers when he was president, Sapar Isakov and Jantoro Satybaldiev, were arrested in June on corruption charges.

In October, Atambaev's former adviser Ikramjan Ilmiyanov was detained in Russia and brought by Kyrgyz authorities to Bishkek where he was arrested on corruption charges.

Kyrgyz lawmakers and other politicians recently have been calling for an investigation into some decisions made by Atambaev while he was in office.

Kyrgyzstan's Supreme Court ruled in early October that the immunity provided to the country's former presidents is unconstitutional.

On November 27, a parliamentary committee outlined a bill that would eliminate immunity for former presidents, potentially clearing a way for Atambaev to be prosecuted.

RFE/RL's Kyrgyz Service is one of the most trusted sources of news and information in Kyrgyzstan, especially at times of political turmoil. Azattyk's reports are regularly cited and reprinted by local and regional media.