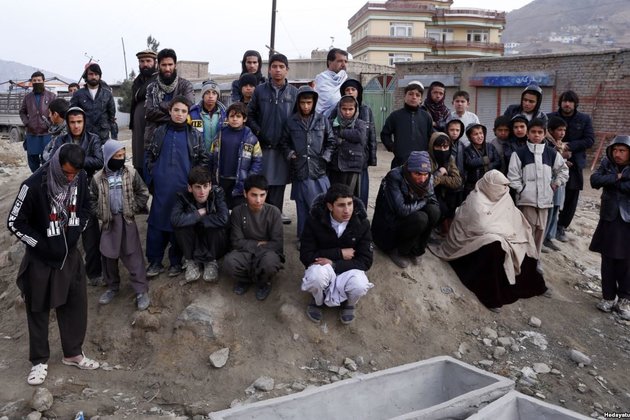 Attacks Across Afghanistan Kill At Least 31

At least 31 people were killed in insurgent attacks across Kabul, Kunduz, and Kandahar provinces on December 11, Afghan officials say.

At least four members of the security forces and nine civilians were killed when a car bomb was detonated near a security convoy on the western outskirts of Kabul.

At least 11 more people were wounded in the attack.

Meanwhile, at least 10 police officers were killed and 11 were wounded in a three-hour attack by Taliban militants on a checkpoint in northern Kunduz Province, provincial council member Ghulam Rabbani Rabbani said.

Eleven Taliban militants have also been reportedly killed in the fighting.

Taliban militants have stepped up attacks on Afghan security forces and government facilities in recent months.

At least 32 members of the Afghan security forces were killed on December 10 in several Taliban attacks across the country.

RFE/RL's Radio Azadi is the leading media outlet in Afghanistan today, reaching more than 60 percent of the Afghan population across the country with its radio and Internet programs.