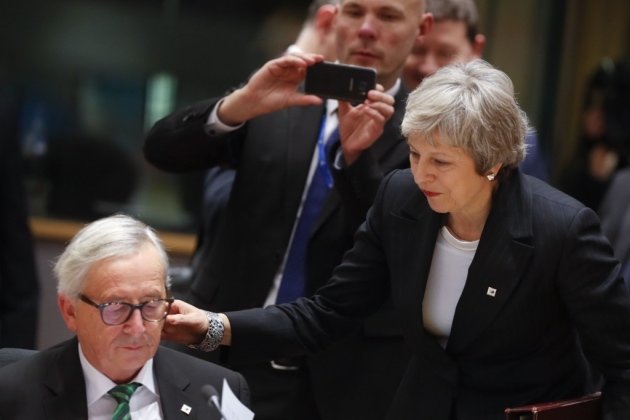 LONDON UK - British Prime Minister Theresa May says she will meet with European Commission President Jean-Claude Juncker this week, and endeavour to talk to the leader of every country in the European Union, in a last-ditch bid to get a deal done on Brexit.

May's efforts follow another largely symbolic defeat this week in the House of Commons.

The office of the prime minister released the news of the meeting with Juncker but did not disclose a date.

Talks with European Union leaders are expected to be taking place now and will continue over the next few days.

The British prime minister has also sent a letter to all 317 Conservative MPs reminding them of what is at stake, and asking them to put aside personal preferences and come together to make a decision in the national interest.

"In leading the party over the last two and a half years, I have sought to steer a course that can unite all pragmatic points of view behind a clear and coherent policy: to honour the result of a referendum which we as Conservatives were united in putting to the British people, and to do so by leaving the EU with a negotiated deal that protects our close economic relationship, maintains our security co-operation and meets the needs of all parts of the United Kingdom," May wrote.

"History will judge us all for the parts we have played in this process. I believe that a country with our innate strengths, enviable resources, and enormous talent can face the future with confidence that our best days lie ahead. But we stand now at a crucial moment."

"I do not underestimate how deeply or how sincerely colleagues hold the views which they do on this important issue – or that we are all motivated by a common desire to do what is best for our country, even if we disagree on the means of doing so," she said.

"But I believe that a failure to make the compromises necessary to reach and take through Parliament a Withdrawal Agreement which delivers on the result of the referendum will let down the people who sent us to represent them and risk the bright future that they all deserve."

"Without a Withdrawal Agreement we risk a combination forming in Parliament that will stop Brexit altogether, whatever the long-term consequences for trust in our democracy," May explained.

"Alternatively, the UK might exit the EU without a deal or an implementation period. That would cause disruption to our economy and to people's daily lives, damaging jobs both at home and across the EU."

"Instead, our party can do what it has done so often in the past: move beyond what divides us and come together behind what unites us; sacrifice if necessary our own personal preferences in the higher service of the national interest; and rise to the level of events in a way that restores the faith of the British people in our political process," the British PM wrote.