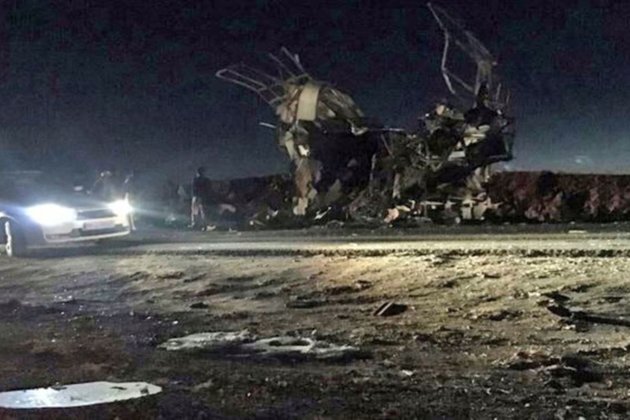 Iran's parliament speaker has said that an attack that killed 27 members of Iran's elite Islamic Revolutionary Guards Corps (IRGC) was 'planned and carried out from inside Pakistan.

In the remarks carried by the state-run IRNA news agency on February 17, Ali Larijani said that Pakistan should answer for its involvement in the attack.

The comments come as Irans Foreign Ministry summoned the Pakistani ambassador on February 17 to protest the assault, one of the deadliest attacks on Iranian security forces in years.

Islamabad condemned the bombing but has not commented on Tehrans allegations.

The IRGC says a suicide bomber on February 13 drove an explosives-laden vehicle into a bus that was transporting troops in Sistan-Baluchistan Province.

Sistan-Baluchistan is a volatile area near Iran's borders with Pakistan and Afghanistan where militant groups and drug smugglers frequently operate.

The province is populated mainly by Sunni Muslim ethnic Baluchis.

Based on reporting by AP and Reuters