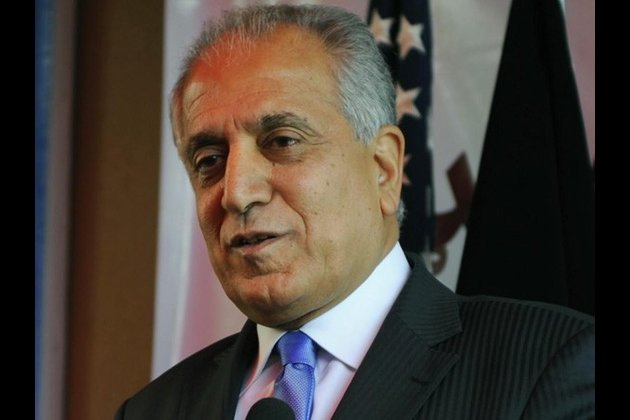 Kabul [Afghanistan] Feb 19: US Special Representative for Afghanistan Reconcilliation, Zalmay Khalilzad on Monday said that "a unified negotiating team" under the umbrella of the Afghan government is required in order to achieve peace in war-torn Afghanistan.

In an interview to Tolo news, Zalmay Khalilzad

said, "There is a need of integration of a strong and unified negotiating team under Afghan government's umbrella for achieving a breakthrough in the strides for peace in Afghanistan."

When asked whether the peace talks have hit a deadlock,

Khalilzad said, "There are difficulties, but we have agreed with the Taliban to meet again on February 25 in Doha. We agreed in principle to talk in details and with more authenticity about two topics to find whether there is the possibility to make more progress on the issue of terrorism and the

's engagements with Taliban, saying it not only undermines ongoing peace efforts but violates Afghanistan's National Sovereignty and UNSC Resolution 1988.

While criticising Moscow talks which were held from February 5 to February 8, Ghani said, "The nation says that they (Afghan politicians and Taliban members) did not go to Mecca but they went to Moscow (for talks on peace); therefore, they should answer to this question.

Earlier also, during the Russia talks, Afghanistan criticised the invitation to UN blacklisted Taliban members by Russia and said that the talks were against the spirit of Afghan-led and owned peace process.

The government also lodged a complaint with the United Nations over a recent trip by UN-blacklisted Taliban members to Moscow to attend talks.

However, the declaration stated that all parties, excluding the Afghan government which was not invited in the Russia talks, have agreed that a dignified and lasting peace is the aspiration of all the people of Afghanistan and this principle has been achieved in Moscow.

Meanwhile, Zalmay is on his

six-nation visit to facilitate apeaceprocessthat protects the national security interests of the United States and brings all parties inAfghanistantogether into anintra-Afghan dialogue.(ANI)