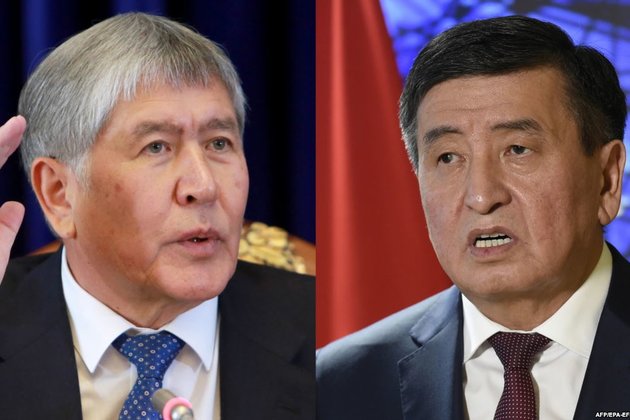 BISHKEK -- Preliminary hearings have begun in Kyrgyzstan into a high-profile corruption case against eight close allies of former President Almazbek Atambaev, who was in power from 2011 to 2017.

The closed-doors hearings are held in the Sverdlov district court in the capital, Bishkek.

The eight defendants have been charged with corruption and abuse of office that led to the state budget's being deprived of $111 million and also caused an accident at the Bishkek Thermal Power Station that left thousands of households in the capital without heat in the bitter cold in January 2018.

The accident occurred just months after the modernization works were officially completed.

Prosecutor-General Otkurbek Jamshitov said on February 14 that the former officials on trial are suspected of accepting a $386 million loan from China for the modernization project, when in fact, the total cost came to $275 million.

The investigation into the case, which was launched last year, led to a stand-off between Atambaev and his successor, Sooronbai Jeenbekov.

Atambaev had backed Jeenbekov in the October 2017 presidential election, but has criticized his successor in recent months.

The Supreme Court ruled in October that granting immunity to former presidents is unconstitutional.

RFE/RL's Kyrgyz Service is one of the most trusted sources of news and information in Kyrgyzstan, especially at times of political turmoil. Azattyk's reports are regularly cited and reprinted by local and regional media.