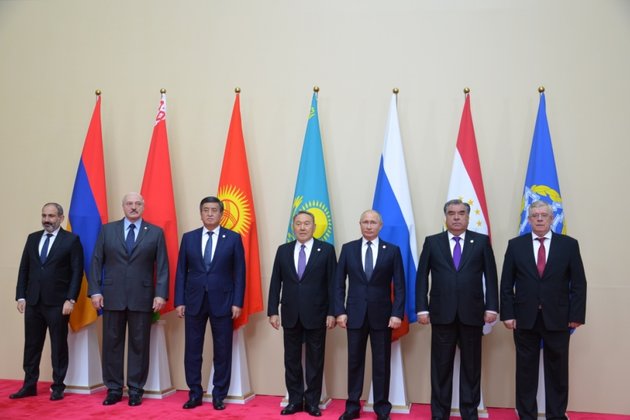 As the leadership struggle between Armenia and the rest of the Collective Security Treaty Organization drags on, Russia which dominates the group is coming to the conclusion that the solution may justbe not to name a secretary general until Armenias current term expires next year.

The CSTO is Russia's main political-military bloc, a rough analogue to NATO and the security counterpart to the Eurasian Economic Union. But its short history has been dominated more by internal conflicts than any political or operational successes.

The CSTO secretary general had been the Armenian general Yuri Khachaturov. But last summer, following the change of government in Armenia, the new authoritiescharged Khachaturovin connection with a wide-ranging investigation into the violent breakup of protests in 2008. (Khachaturov was the head of the Yerevan military garrison at the time.) In November, Yerevan formally recalledKhachaturov from his position as secretary-general; his term was supposed to end in 2020. That set off a conflict in the group between Armenia, which wanted to name a replacement to fill out Khachaturovs term, and Belarus, who is next in line and said that it deserved the position since Armenia gave up its spot. The rest of the CSTO members Kazakhstan, Kyrgyzstan, Russia, and Tajikistan by all accounts have supported Belarus.

In Kommersants words, the drawn-out crisis is the result of the intransigence of Armenian Prime Minister Nikol Pashinyan, who has been counting on naming his own candidate.

Belaruss candidate, Stanislav Zas, the chairman of Belaruss National Security Council, has met with the heads of state of all the CSTO member states except Armenia. Armenian officials told Kommersant that they have no concrete plans to meet with Zas.

Belaruss confrontation with Armenia has been increasingly open. The CSTO is working without a secretary general for a long time. The situation does not benefit the organization and demands a resolution as soon as possible, a spokesman for Belaruss Ministry of Foreign Affairs, Anatoliy Glaz, told reporters on February 14. In light of the fact that Armenia had parliamentary elections in December, and then formed a government, we understand that the prime minister of Armenia did not have a chance to meet with the Belarusian candidate. This period is over. So we expect that the Armenian side will soon notify about the time of the meeting.

He added that the post of the CSTO secretary general is not a hotel room that you can reserve.

In theory, Armenia should have earned some points with Moscow when it sent a small deployment of sappers and medics to support Russias mission in Syria earlier this month. And leaving the position open for a year, rather than appointing Zas ahead of schedule, may be a form of compromise between the two sides.

Publicly, at least, Moscow has downplayed the conflict. Neither in the Kremlin nor in other CSTO member states is there any kind of frustration, and no leadership vacuum in the CSTO, Dmitriy Peskov, press secretary for Russian President Vladimir Putin, told journalists on February 22. An acting general secretary is working there, who will carry out the duties, this person isnt a stranger, he will carry out his duties until the situation with a new secretary general is clarified.