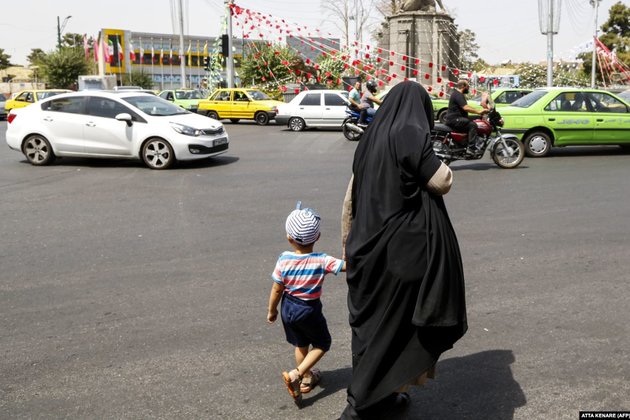 Human Rights Watch (HRW) has urged Iran's powerful Guardians Council to adopt a proposed amendment that would allow Iranian women to pass on their nationality to their children.

The New York-based human rights group made the call on May 14, the day after Iranian lawmakers approved what it called 'the long overdue reform to Irans discriminatory citizenship law.'

The bill still needs to be approved by members of the conservative Guardians Council, a constitutional watchdog, to become law.

'This law could improve the lives of thousands of children, including those with Iranian mothers married to undocumented migrants,' Michael Page, deputy Middle East director at HRW, said in a statement.

It is unclear how many children in Iran have Iranian mothers and foreign fathers, HRW said, but the issue has come to prominence in recent years due to a large number of marriages between Iranian women and Afghan migrant men.

The rights watchdog said that the draft law approved by parliament would allow Iranian women married to foreign men to request Iranian citizenship for their children under age 18, while children who have already turned 18 could directly request Iranian nationality.

The bill still requires the Intelligence Ministry to certify that there is no 'security problem' before Iranian citizenship could be granted.

HRW said that amending the law could improve access for children of Iranian women to health care, university education, and work.

But it also noted that the current draft law 'does not equalize access to citizenship completely, as Iranian women must apply for nationality for their children, while children of Iranian men are granted nationality automatically.'