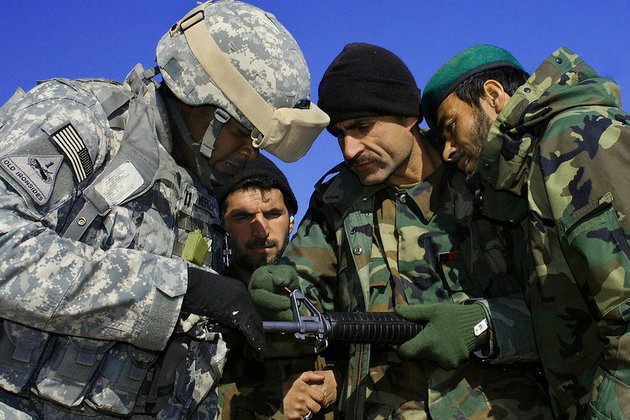 The Afghan Peace Agreement and Its Problems

On February 29, 2020, in Doha, Qatar the United States and the Afghan Taliban signed a peace agreement designed to end the long war in Afghanistan. The agreement contains largely the same conditions that had been agreed upon in September 2019 but which was scuttled by President Trump. Essentially, this agreement calls for the removal of United States and Coalition forces from Afghanistan in exchange for the promise that the Taliban would not allow terrorist groups to operate on Afghan soil. However, the agreement is premised on several assumptions that will make its success problematic. The agreement assumes a functioning Afghan government in Kabul with which to negotiate. The recent Afghan presidential election, rather than resolving who is in charge, has in fact muddied the waters. The failed presidential election took place last September, but the vote counting process was so confused and contested that the winner was not announced until February 18, 2020, almost five months after the election took place. The flawed and contentious election has resulted in a contested and split government in Kabul, creating a stalemate regarding who is in charge and making the implementation of the next step in the peace agreement problematic. The result may be that with a weak, or split, government in Kabul, the Taliban will be in a stronger position to dictate terms of an agreement over the future of Afghanistan favorable to their point of view.

But the Taliban has its own leadership problems. The team negotiating the peace agreement in Doha does not necessarily speak for the Taliban commanders in the field, who may not be willing, or able, to give up the fight and lay down their arms. This leaves the possibility of continued fighting even after a deal in Kabul is reached.

The agreement, officially titled "Agreement for Bringing Peace to Afghanistan", is barely over 3 pages long and written in three languages; Dari, Pashtu, and English. It has two parts; the Taliban agree that " Afghan soil will not be used against the security of the United States and its allies" and the United States agrees to the withdrawal all foreign forces from Afghanistan. The signing of the agreement was proceeded by a 7 day "reduction in violence", a term used instead of a "ceasefire", a term the Taliban objected to, in part because a "ceasefire" suggested an end of hostilities to which the Taliban were not ready to commit.

Finally, the agreement states that the United States will start diplomatic discussions with the United Nations to remove members of the Taliban from the "sanctions list".

Problems: Where Was Kabul?

There are a number of assumptions the agreement makes that are problematic. For one, the Afghan government was not a part of the negotiations nor was it a signatory to the final agreement. Although United States Ambassador Zalmay Khaililzad made an effort to keep Afghan president Ashraf Ghani informed and on board, in fact as the talks progressed the Afghan government became increasingly alarmed and resentful that they were being excluded in discussions about the future of their own country. The fact that the Afghan government or its representatives were not allowed to participate in the negotiations was at the insistence of the Taliban, who argued that the present government in Afghanistan was not a legitimate government but a puppet of the United States. Whether this is true or not can be debated, but the Taliban prevailed on this issue.

At first Afghan President Ghani indicated that he would not release any Taliban prisoners, but by March 15, 2020, several days after the Afghan government-Taliban peace talks were to begin, he announced that he would release 1,500 Taliban prisoners. He also insisted that each Taliban prisoner released would be required to sign an agreement pledging not to return to fighting. The Taliban has to date not accepted this compromise and as a result talks vital to the next step in negotiations between the Taliban and the Afghan government have yet to begin.

The last Afghan presidential election took place on September 28, after having been postponed for several years. Because of numerous irregularities and protests by various candidates, the results were not announced until February 18, 2020, almost five months after the elections. When the results were finally announced, the election commission reported that President Ghani won 50.64 percent of the vote, followed by Abdullah Abdullah who won 39.5 percent of the national vote. The Afghan constitution specified that the candidate in a multiple candidate election who wins more than 50 percent of the vote is the winner.

However, rather than settle the matter of Afghan leadership, the election results created more chaos. There were numerous irregularities in the election process, including violence at many of the polling stations, the use of unfamiliar biometric voting devises, and outright voter fraud. As a result only about 1.8 million of the 9.6 registered voters voted and nearly 300,000 votes were disputed and many disallowed. As a result, Abdullah Abdullah, and several other candidates, have cried foul, and refuse to recognize Ashraf Ghani as the legitimate winner.

As a result of this contested election both Abdulla Abdullah and Ashraf Ghani have declared themselves winners, and after a failed attempt by American diplomat Ambassador Zalmay Khalizad to resolve the impasse, as then Secretary of State John Kerry did in 2014, both candidates declared themselves winners and had simultaneous swearing in ceremonies at their adjacent palaces.

With no clear winner in Kabul there is no obvious party for the Taliban to negotiate with. Therefore the intra Afghan negotiations, vital to the next step in bringing peace to Afghanistan, cannot take place.

While it is not clear who speaks for the Afghan government, it is also not clear who speaks for the Taliban. The Taliban is not a single united organization but is made up of various commanders and militia across Afghanistan, many with conflicting ideas about the war and now about the peace agreement. The Taliban leaders who negotiated the peace agreement are from the Taliban leadership group referred to as the Quetta Shura. This group operates out of Pakistan and is largely a political and economic organization. The Quetta Shura controls the very profitable opium and heroin trade that funds the Taliban military operations in Afghanistan. The Quetta Shura is led by senior Taliban, including Haibutullah Akhundzada, Mohammed Yaqub, Mohammed Omar and Abdul Ghani Baradar.

Although these leaders exert tremendous power within the Taliban, they have little or no military experience and are therefore distrusted by the commanders in the field. These commanders are generally younger than the Quetta Shura, mostly in their 20s and 30s. Many operate in remote and hostile areas of Afghanistan with little connection with or direction from the Taliban leadership in Quetta. After all, the real success of the Taliban has been in the military success of these local commanders in Afghanistan. Thanks to the work of these regional commanders, the Taliban now controls nearly 50 percent of the Afghan countryside. They are the heart of the Taliban and many have different views of what a peace agreement with the United States should be.

This tension between the Taliban leadership came to a head on February 29, 2020, when the political leadership called for a reduction in violence as a leadup to the signing of the agreement. Rather than observe the reduction in violence many commanders in the country continued to attack. While these commanders may applaud the withdrawal of United States forces from Afghanistan, they are wary of negotiating with a government in Kabul that they do not trust.

The signing of the "Agreement for Bringing Peace to Afghanistan" is the result of a long and difficult process to end this long and disastrous war. Ambassador Zalmay Khalilzad and his team have spent several years getting to the point where representatives of the United States could sit down with representatives of the Taliban. It is now clear that United States troops will leave Afghanistan. President Trump's pledge to end the war and bring the troops home has been achieved.

However, there are a number of snags that may keep the agreement from being fully implemented. For one, the Afghan government was not a party to the negotiations. Afghan president Ashraf Ghani does not support many of the parts of the agreement and has objected to taking the next steps necessary to move the peace process ahead. This includes the release of Taliban prisoners, which he has to date not done, although he has proposed a more modest release.

An additional problem is that last Afghan presidential election has been contested and resulted in a split and dysfunctional government in Kabul. With two opposing candidates declaring themselves winners, no one is in charge in Kabul. Since the next stage of the peace agreement is for talks to take place between the Taliban and the Afghan government, a split and fractured government in Kabul makes that next step difficult.

The Taliban itself is a divided house, with its political leaders signing the agreement, but the commanders in the field may not be on board. These commanders are younger and battle tested, and have fought in difficult and remote areas of the country. They are the heart of the Taliban and many have their own agendas that may be at odds with the peace agreement.

Yet despite these potential issues, the main goal of the United States has been to remove its troops from Afghanistan. This goal has been achieved; American troops are now leaving Afghanistan. President Trump campaigned on getting the American troops out or Afghanistan, and with another election coming up he needs to fulfil this promise. What happens to Afghanistan is of less importance.

But what will happen next remains an issue. Although on March 18th 2020 the withdrawal of American troops from Afghanistan has been temporarily halted due to the coronavirus outbreak American forces have already begun to leave the country. Some in the United States question the terms of the agreement, even calling it a document of surrender. With a weak government in Kabul and with the United States removing its troops who have provided support, some would say propped up the government in Kabul, some fear the Taliban will wait until the US troops leave and then overrun Kabul, much as they did in 1995. If this happens the 20 years of war and the loss of nearly 2,500 American lives will be for naught.