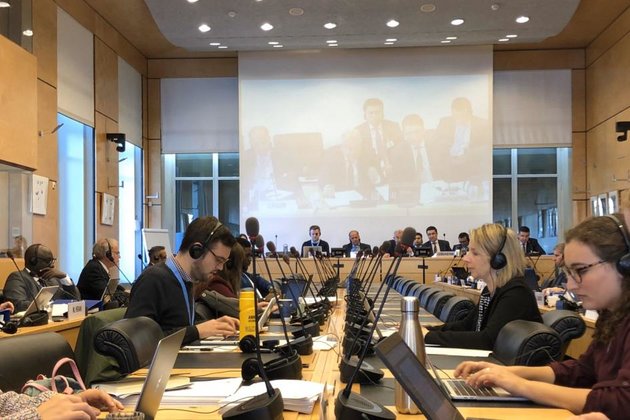 It was the committee's first review of Uzbekistan's human rights record since president Shavkat Mirziyoyev came to power in 2016. The committee's conclusions reflect the fact that many pledged rights reforms have yet to materialize. Uzbekistan should quickly address the concerns raised by the committee.

"The UN Committee review shows that Uzbekistan remains largely authoritarian with a very poor human rights record," said Hugh Williamson, Europe and Central Asia director at Human Rights Watch. "Despite the fanfare around president Mirziyoyev's announced reform plans and progress in some areas, the committee's conclusions show that the government has much to do on human rights."

On April 2, the committee published its concluding observations on Uzbekistan's compliance with its obligations under the International Covenant on Civil and Political Rights (ICCPR). The committee noted progress in fighting corruption, preventing violence against women, judiciary reform, and the elimination of child and forced labor in the cotton sector. But it expressed concerns about "torture and ill-treatment of people deprived of liberty, as well as restrictions on the freedom of conscience and religious belief, freedom of expression, freedom of association and peaceful assembly."

Human Rights Watch shared its findings in a submission to the committee in advance of its review.

The committee raised critical concerns about Uzbekistan's record on preventing torture, urging Uzbekistan to amend the definition of torture in its criminal code. It expressed concern that the statute of limitations continues to apply to the crime of torture and that the government continues to grant amnesty to people convicted of torture or ill-treatment.

The committee also flagged "continued reports of torture and ill-treatment, including sexual violence and rape, by prison officials and law enforcement personnel against persons deprived of liberty, including individuals detained on what appear to be politically motivated charges," despite a 2017 presidential decree banning the use of torture-tainted evidence in court. The committee urged Uzbekistan to eradicate torture and ill-treatment, prohibit "forced confessions, ensure the inadmissibility of torture-tainted evidence," and "provide effective remedies to persons who were wrongly convicted."

The committee also expressed concern over the continued criminalization of proselytism and of religious activities by unregistered religious organizations.

The committee also expressed concern that "defamation, insult of the president, insult, and dissemination of false information continue to be criminalized." It criticized legislation on Mass Communication, Information Technologies and the Use of the Internet for restricting freedom of expression, including on online media platforms, which can be blocked or restricted "on vaguely defined criteria."

It was also concerned about ongoing imprisonment of independent journalists, human rights defenders, and bloggers on extremism charges and politically motivated charges for peacefully excising their voices. The committee urged the government to protect these groups and to ensure that the cases of "harassment, persecution or undue interference in the exercise of their professional activities or of their right to freedom of opinion and expression ... are thoroughly and independently investigated, prosecuted and sanctioned and that victims are provided with effective remedies."

The committee criticized restrictions on freedom of assembly such as "the requirement to obtain de facto prior authorization for holding mass events, despite the law only requiring prior notification, and restricting their holding to specifically designated sites." It said that the Uzbek government should investigate and bring responsible officials to justice for "arrests, detention and sanctioning of activists for organizing and/or participating in peaceful protests."

The committee noted with "concern the small number of independent self-initiated NGOs registered," "the high number of rejections for registration, and that no applications were submitted for the registration of new political parties between 2015 and 2018." It said that the government should consult with civil society representatives and experts to prepare the new code on nongovernmental noncommercial organizations.

Other issues the committee addressed include:

Discrimination, harassment, and violence against lesbian, gay, bisexual, and transgender people. The committee urged the government to decriminalize consensual sexual relations between men. Violence against women. Acknowledging some measures to help prevent violence, it also said it remains concerned "that domestic violence and marital rape are not explicitly criminalized." It also flagged "the limited protection afforded to victims of domestic violence" and the "insufficient psychological, social, legal and rehabilitative services provided to them and their families." The very broad and vague definitions of "extremism," "extremist activity," or "extremist materials" in the Counter-Extremism Act. It expressed concern at "the use of such legislation to unduly restrict freedoms of religion, expression, assembly, and association." Prisoners detained on politically motivated grounds. While noting that some had been released, the committee expressed concern that many remain in prison and that authorities use Article 221 of the criminal code on Violation of Prison Rules to extend prison sentences. The alleged lack of independence of the judiciary and of the Justice Ministry's Chamber of Lawyers, which all Uzbek defense and civil lawyers are obligated to join and required to get recertification every three years in order to practice law.

The committee also expressed concern over the lack of justice for the May 13, 2005 killing of hundreds of unarmed people who participated in a largely peaceful protest in the eastern city of Andijan. Despite government assertions that the episode does "not require any international investigation and that this matter is considered closed," the committee reiterated its concerns "about the lack of a full, independent and effective investigation into the mass killings and injuries by military and security services" and its call for accountability.

The Uzbekistan government should promise to carry out the committee's recommendations, Human Rights Watch said. Uzbekistan's international partners, including the European Union and its member states, should make it clear that future ties will depend on concrete improvements in the country's human rights records, such as those the committee recommended. "The UN body's first review since the end of the repressive era of former president Islam Karimov gives hope that it is not business as usual in Uzbekistan," Williamson said. "But it shows that Uzbekistan's reforms will remain unfinished until those wrongfully jailed are released, arbitrary provisions are removed from the Criminal Code, and those responsible for past crimes are held to account."